Funding Purpose: Upgrade facilities to enable visitors to have a quality experience and provide infrastructure for Aboriginal tourism and research.

The thrombolites at Lake Clifton attract over 240,000 international and other visitors every year.  The facilities at this tourist attraction need to be upgraded to enable visitors to have a quality experience, and provide jobs and economic growth for the local community.   Improved facilities for Aboriginal tourism and research (Stage 1 of Peel Waterways Institute) will increase visitation numbers and bring employment and economic benefits to the Region.

The Peel-Harvey Catchment Council, City of Mandurah and the Department of Biodiversity, Conservation and Attractions (DBCA) are committed to working with the State Government for the development and implementation of a master plan.

The thrombolites are a threatened ecological community and are in danger of becoming extinct unless action is taken.  $500,000 is required for a pilot scale trial to commence a rescue mission for the thrombolites from the increasing salinity of Lake Clifton.

The thrombolites are one of only two communities in south Western Australia. They are listed under the Environmental Protection, Biodiversity Conservation Act as critically endangered. Lake Clifton also supports a unique ecological community, including unusual species of macroinvertebrates and migratory and resident bird species including the vulnerable hooded plover.

The greatest threat to the thrombolites is the increasing salinity of the lake which has increased more than three-fold between 1985 and 2010, probably caused by human induced changes to the hydrology of the superficial aquifer. The ecological character of Lake Clifton will be improved by increasing the understanding of the Lake’s hydrological regimes and evaluating the condition and viability of the Thrombolite Threatened Ecological Community funds for which have been secured from the Commonwealth Government’s Regional Land Partnerships Program, being delivered by the Peel-Harvey Catchment Council. Setting up a pilot scale trial to investigate the effects of increasing flows of fresh groundwater to the condition of the Thrombolites is the next vital step. Without implementation of this activity, there is a high risk that Lake Clifton, including the Thrombolite Threatened Ecological Community, will no longer be ecologically viable. 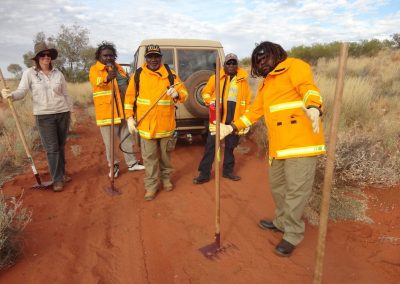 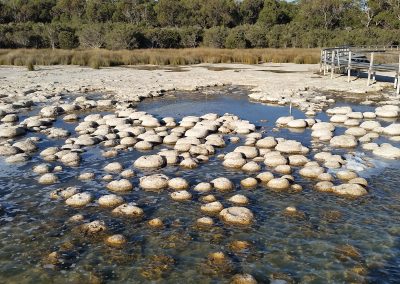 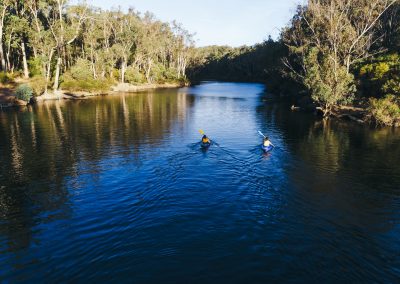 Peel Alliance respectfully acknowledge the traditional owners of the land on which we work and live. We wish to pay our respects to elders past, present and emerging and the contribution they make to enabling a thriving region.